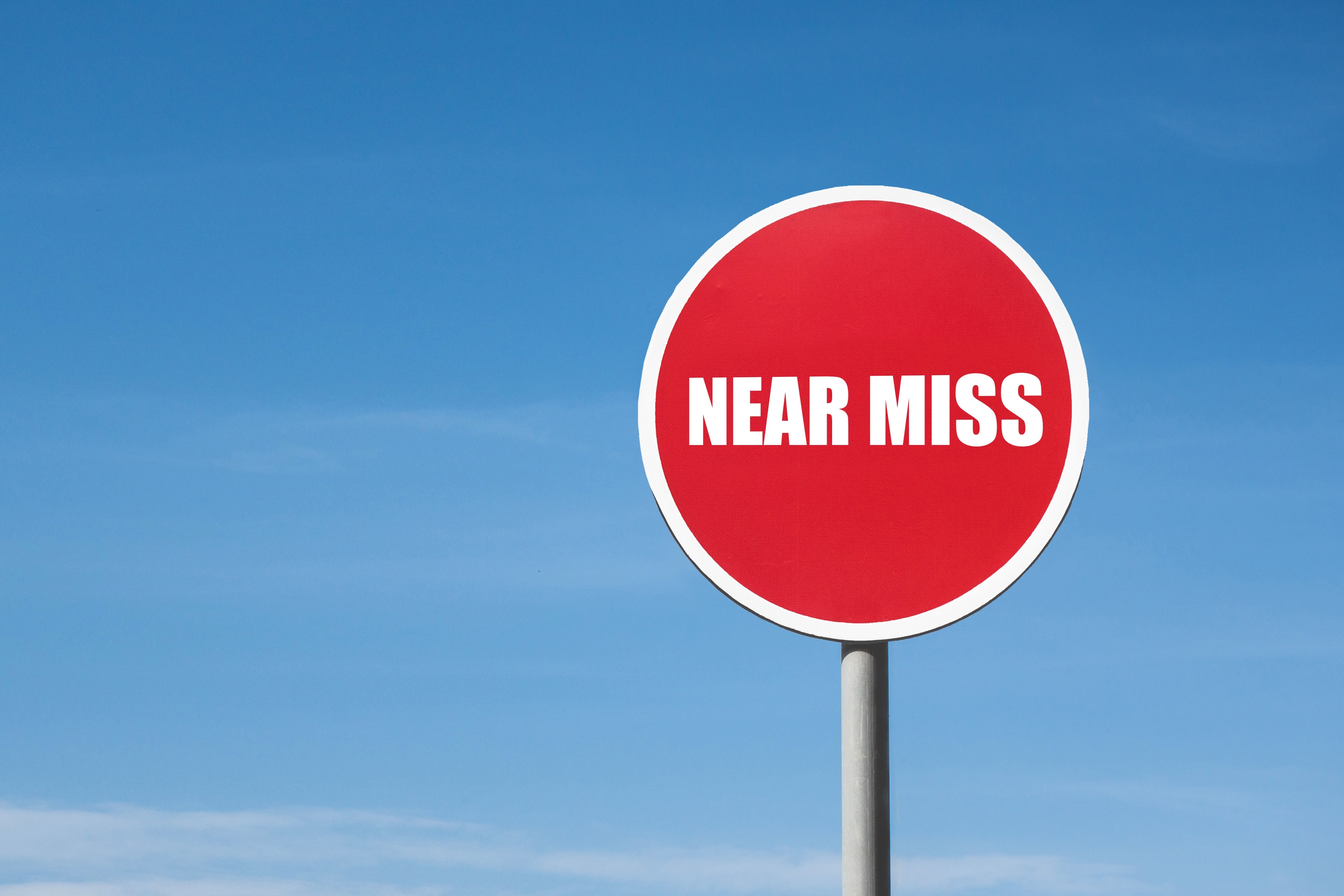 How many near misses make an accident?

On the subject of workplace accidents the ‘iceberg theory’ most often points to the unseen costs of those accidents. Costs that on average are six times greater than the obvious ‘seen’ costs. And this is not the only iceberg.

A related but distinctly different application of the iceberg theory refers to ‘seen accidents’, where damages, injury or death occurs, and the much more prevalent near misses, that too often remain ‘unseen’.

The Occupational Safety and Health Administration (OSHA) defines a near miss as an incident in which no property was damaged and no personal injury was sustained, but where, given a slight shift in time or position, damage or injury easily could have occurred. Nearly every worker has been either involved or has witnessed such a near miss or ‘close call’ incident.

To report or not to report

As a general rule, Bird’s Safety Triangle shows that for every fatal or serious injury, there will be reports of 10 serious accidents, 30 minor accidents and 600 near misses. In short: an increase of near miss incidents indicates an increased severity of incidents when they actually happen.

Depending on national laws, industry rules or company policies, these incidents, near misses included, need or do not need to be reported and investigated.

For the most part, fatalities and serious injuries do get reported but near misses much less so. Still, with “more near misses mean more serious accidents” managers will want to take note and possibly investigate every incident.

To list some of the reasons to do so:

Bottom up awareness and prevention

This brings into view the lowest, broadest part of the Safety Triangle. The part that feeds into those near misses (and potentially more severe incidents): hazards, risky behavior and conditions. AKA: the root cause.

By identifying these risks and hazards, and taking corrective action to eliminate them, the company will be better placed to avoid incidents in the future.

Putting it bluntly: when near misses are reported, properly investigated and analyzed, accidents will be prevented, and early detection of failures will be enhanced.

“A near miss reported today, is the accident that does not happen tomorrow”

So even in those cases, industries or regions where there is no law or ruleset that makes reporting and investigating of near misses obligatory, it still is a valid way to gather knowledge and data about that deepest but extremely relevant part of the iceberg.

It is seen as a vital step in any continuous safety improvement strategy. Normalizing and/or standardizing near miss reporting works towards a culture focused on improving safety. It also creates a ‘looking out for one another’ mentality that leads to increased morale, productivity … and steering back towards, or rather, clear of that initial iceberg: it saves money.