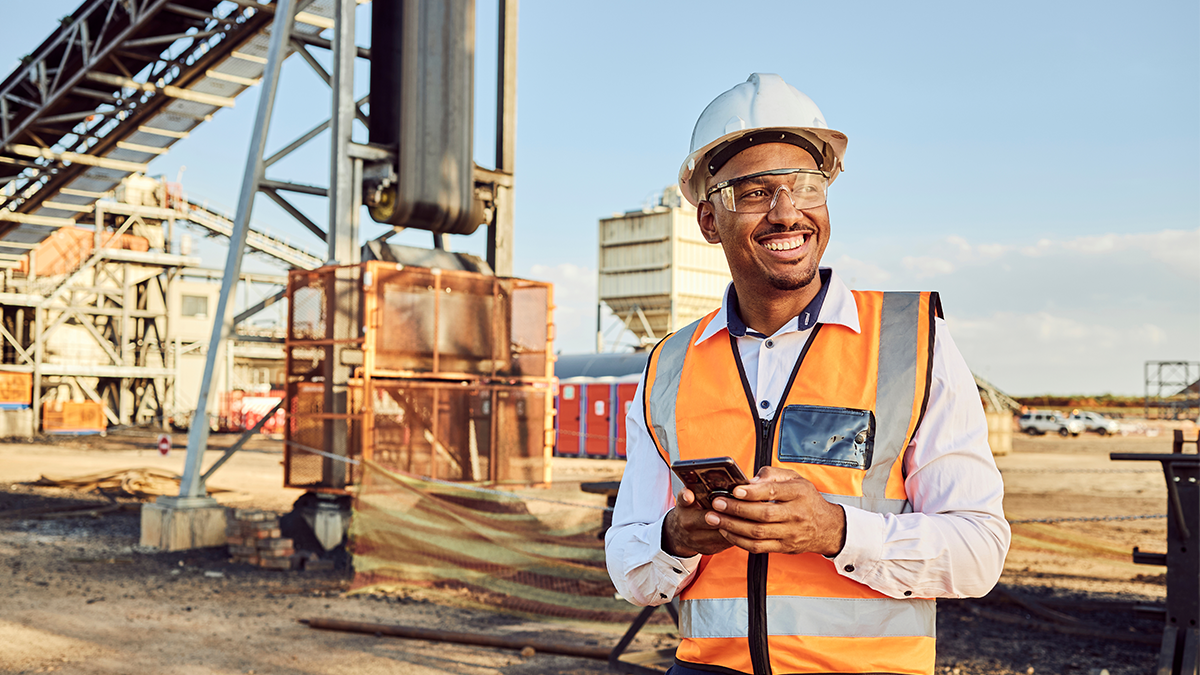 The success of any company’s workplace safety strategy depends on its ability to communicate that strategy.

Whether called ‘workplace safety’, ‘occupational health and safety’ or ‘simply worker safety’, it has become a definite priority for companies everywhere. Clearly a good thing, but do workers actually feel safe?

The answer is not a straightforward one, and subject to change. In part because of this worldwide prioritizing of worker safety, showing a positive trend.

Being safe vs feeling safe

The Hartford Financial Services Group held a national survey that shows average blue-collar workers give themselves a much higher probability of getting injured while on the job, than the average white-collar worker.

They are not wrong. Just as those white-collar workers are right in presuming their chances of getting injured while working are much slimmer.

According to the same survey almost 60% of blue-collar families have someone in their household who had a work related injury, serious enough to need medical attention.

This may not be a direct answer to the initial question ‘do workers feel safe’. Still, you cannot deny that these findings reflect a pervasive general sentiment.

Are you invested enough?

You could make a case for a company that focusses primarily on improving the actual worksite safety, and to a much lesser degree on how (or whether) this effort is perceived by its workers. Even by those that directly benefit from it.

Companies today are aware of the impact a safe workplace has on their KPI. Reducing accidents saves them a substantial cost in pay outs, rising insurance rates, repair and replacement of  material, loss of production, etc. .

An indirect but no less important benefit of worker safety is a better motivated and therefore often more productive workforce. Additionaly there’s a better employee retention and less time and money lost in days off work and retraining.

Having been injured or having been in the proximity of a serious accident has proven to make workers anxious and less productive.

Also when a worker doesn’t feel like his employer is invested enough in creating a worker-centric environment, that worker is more likely to seek a job elsewhere. Feeling safe is an important factor in employee loyalty and retention.

So having a safety-focused policy, or visibly striving towards one, adds an increasingly appreciated flavor to the overall corporate branding.

When a safety measure gets adopted in the forest …

Banding your company as a safe place to work towards the general public and potential future employees has clear benefits.

However, too often this branding is primarily aimed outward.

To retain a productive workforce that feels safe, companies must create a clear and effective safety communication. This fosters and strengthens a safe and worker-centric culture.

In short: the success of any company’s workplace safety strategy depends partly on its ability to communicate that strategy.

In some cases a new or upgraded safety measure is clear and present. For example workers that get to wear a proximity monitoring bracelet. These let them (physically) experience the direct safety benefits, while at the same time showing their company’s safety commitment.

In other cases, newly implemented safety protocols may be invisible to the workers. Those same proximity monitoring bracelets may have more safety benefits than immediately perceived. In those instances an effective safety communication can ease worker minds and make them feel safer – on top of actually being safer.

So it pays to work towards a future where that percentage of blue-collar workers expecting to get injured will decrease. Ideally in tandem with the number of workers actually getting injured on the job.